Ethnic diversity and climate change: lessons on the conditions that bring about conflict

Austin Miles is a recent Honors Tutorial College graduate of Ohio University and a recipient of a Fulbright U.S. Student Award to Spain where he will study marine protected areas in the Mediterranean.

A paper published last week in Proceedings of the National Academy of Sciences tests the hypothesis that climate related natural disasters may be part of the cause of conflict in countries with high ethnic fractionalization.

The authors employed a statistical tool commonly used in the neurosciences to test the strength of the relationship between conflict events and climate-related disasters in fifty of the most “ethnically fractionalized” countries. This tool allowed them to determine whether a natural disaster had likely played a role in causing a conflict. They found that 23% of deadly conflicts coincided with a natural disaster in ethnically diverse countries.

The result is particularly useful as it avoids what the authors consider a common pitfall of previous studies that investigated the link between climate change and armed conflicts. These studies focused solely on meteorological factors such as temperature or precipitation, while ignoring other important factors such as vulnerability and exposure to hazards posed by climate change. Favoring climatological indices, the authors speculate, may have contributed to the fervent disagreement on the matter. This study, in contrast, accounts for vulnerability and exposure by analyzing disaster occurrences as characterized by their economic impact in lieu of meteorological indices. In doing so the authors account for the degree to which a country suffers damage from a natural disaster. This allows them to better discern how disruptive a disaster was, which is much more important when considering a disaster’s role in conflict than meteorological factors.

Countries with weak governance most affected

With climate change expected to increase the risk of extreme weather events such as drought and tropical cyclones, the link between ethnic fractionalization, climate change, and conflict has important implications for ethnically diverse countries. As extreme weather events become more frequent and intense, the most fractionalized countries in Africa and Central Asia will be at particular risk of higher frequencies of armed conflict. These so-called hot spots of armed conflict outbreak are also commonly characterized by high vulnerability and low adaptive capacity, which makes them particularly susceptible to the most devastating effects of climate-related natural disasters.

Because ethnic fractionalization cannot be overcome by economic development alone, conflict risk may increase with climate change regardless of a country’s state of development. Therefore, the authors recommend focusing on ethnic inclusiveness with respect to power sharing in order to address the potential for conflict in fractionalized countries.

The authors give several examples of countries in which ethnic fractionalization may interact with climate change and other factors to cause conflict. For instance, their results point to increased risk in ethnically diverse countries in drought-prone regions that are projected to suffer a drying trend, such as North Africa or the Levant. Indeed, in these regions it appears that climatic factors have already contributed to conflict. In Syria—where ethnic identities play a considerable role in conflict even though the country cannot technically be classified as highly ethnically fractionalized—a drought that lasted from 2007-2010 and caused extensive crop failure and a mass migration from rural to urban areas is thought to have contributed to its current conflict. Furthermore, the evidence strongly implicated human-caused climate change as the cause of that drought. Drought has also been connected to local violent conflicts in Somalia. Similar lines of thought have suggested that drought along with other environmental factors has contributed to conflict in Darfur, though climate change as the primary cause of conflict has been disputed.

The paper may also play an important part in fleshing out the nature of the link between climate change and conflict. For years, experts and policy-makers have vehemently disputed this link. So hotly contested is the issue that even while perusing just the titles of the citations of this paper it is possible to see the debate play out in miniature. It begins with 2009’s “Warming increases the risk of civil war in Africa” followed by a rebuke, “Climate not to blame for African civil wars” in 2010, and in 2014 an apparent attempt at peace, “Reconciling disagreement over climate-conflict results in Africa.”

In addition to caricaturizing the debate, those titles are also symptomatic of a common tendency, especially within the media, to draw direct links between climate change and conflict. Unfortunately, that connection, while common, is also problematic because it is reductive and ignores many of the important interactions between multiple factors that catalyze the precipitation of conflict due to climate change. Instead, it may be more accurate to think of climate change as a threat multiplier. While it may not cause conflicts directly, under the right conditions climate change may exacerbate factors already present such as instability and social tensions, which may in turn lead to conflict.

According to experts who participated in the latest seminar held by the International Expert Forum, weak governance may be one of the conditions under which climate change may lead to hostile situations. Now, this paper finds that ethnic fractionalization may be another such condition. Policy-makers and experts must therefore address ethnicity to ensure that conflicts across ethnic divides do not occur even after at-risk countries have made considerable progress in economic development. 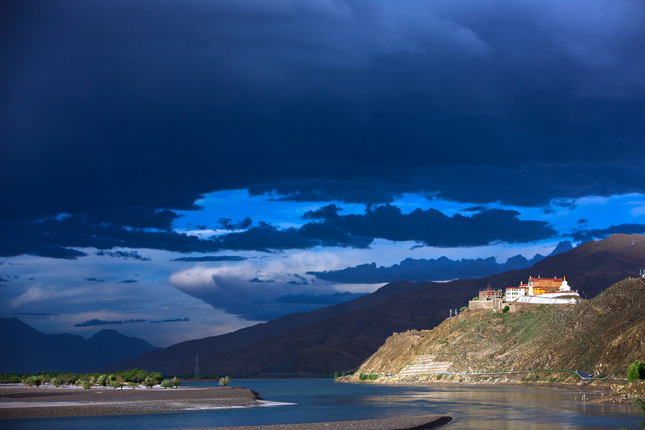