With Argentina on board, the Escazú Agreement inches closer to reality

With Argentina's ‘yes’, the Escazú Agreement is one step away from coming into force. What’s its status in each country?

Gender, Climate and Security in Latin America and the Caribbean: From Diagnostics to Solutions

​Women in the region suffer disproportionately from climate impacts, but they also play an essential role in addressing climate change. With the right policy responses, it is possible to reduce security risks and empower women to better address the challenges they face.

Environmental defenders in Brazil are at risk — last year, 57 were assassinated and the numbers are increasing. The UN has launched a new initiative to address the escalating violence. This article shows the challenges faced by an activist from the Amazon region who fights for justice, and it notes how the Brazilian government can save lives while preventing unregulated exploitation in the region.

Jair Bolsonaro, Brasil’s current de facto presidential frontrunner, says he would withdraw Brazil from the Paris Agreement if he wins the October election. The withdrawal of such an important developing country, home to the world’s largest rainforest, would deal a blow to international climate cooperation. Bolsorano’s opposition to the international pact has drawn criticism from the UN’s environment chief.

In May 2018, the Brazilian Institute for Climate and Society and the German Embassy in Brazil hosted an event on international climate and security in Rio de Janeiro. The meeting, joined by experts from the public sector, civil society and international think tanks, reflects Latin America’s increased interest in the international dimension of climate fragility risks.

The Spanish version of the Exhibition Environment, Conflict and Cooperation (ECC) that includes a specific module on South America is currently shown in Chile in cooperation with the NGO Fundación Terram. During 9-20 May, the Exhibition was hosted by the Ministry of Foreign Affairs (MFA) of Chile. The launch event on 10 May was attended by over a hundred participants: foreign policy, defence and environmental decision makers from Chile, representatives of several Latin American countries, Germany and USA, as well as members of Chilean and international civil society. 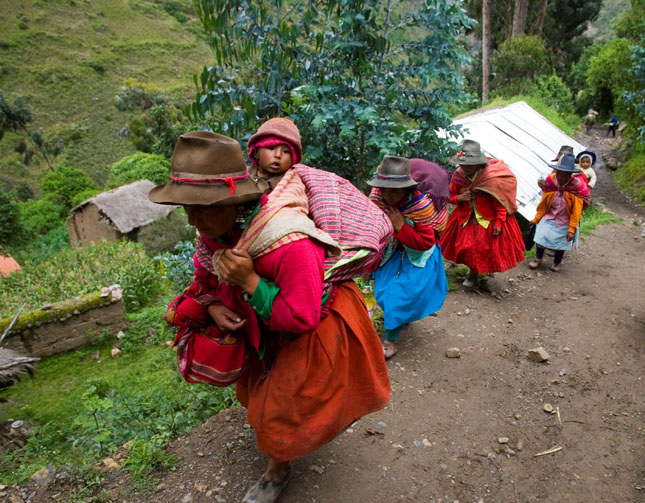